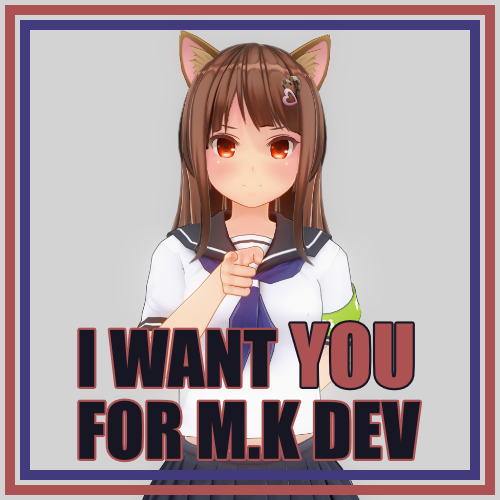 The protocol (method) used for enabling the distributed nature of Misskey.By adhering to this protocol, communication with other servers that also follow it becomes possible, forming what is known as the Fediverse.

A programming language available for use on Misskey.For details, see here.

An interface that can be used for interacting with Misskey through a program, available for each individiual instance.For details, see here.

An account that is being controlled by a program.

A network of servers composed of various different platforms that communicate with each other, including Misskey.

An abbreviation for "Misskey Flavored Markdown", a markdown language available for use on Misskey.For details, see here.

An abbreviation for "Not Safe For Work".A feature to tag an image as "NSFW" and hide it unless explicitly requested to be shown by a user.

Those users amongst all existing ones who are continually using their account.

A state in which the visibility of the notes by said user cannot be set to "Public" anymore.Can be set for individual users by the discretion of Moderators.For details, see here.

A system used for sequentially broadcasting activities to other servers etc.

A state which makes the account of a user unusable.

A feature allowing users to organize the files they have uploaded to Misskey.For details, see here.

Content which may include text, images, surveys and others that has been posted to Misskey.For details, see here.

Users with the authority to manage the community of a server by deactivating spam accounts, silencing users, deleting inappropriate posts, etc.

Used in context of servers separate from your own.Also used as prefix in other words like "Remote user".The opposite of "Local".

The act of sharing information created on one's server with other servers.

Used in context of your own server.Also used as prefix in other words like "Local users", "local timeline".The opposite of "Remote".

Copyright © 2022 syuilo and other contributors